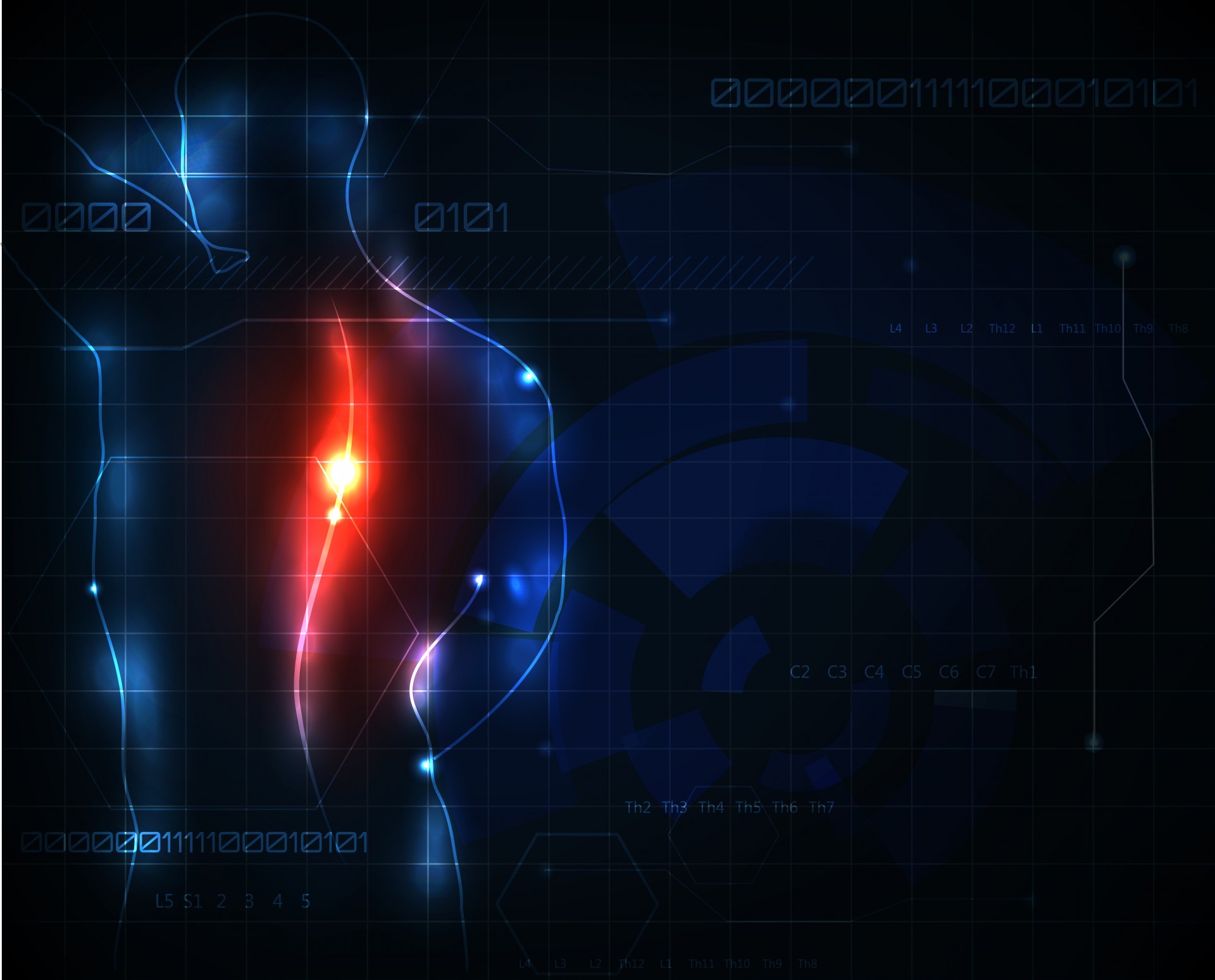 Anterior lumbar interbody fusion is an operation undertaken on the spine to remove the disc that sits between two vertebra and to have bone grow between them joining the two vertebra permanently together. The surgery is usually undertaken to relieve the pressure on nerves running down the whole of the side of the spine (foramen). Occasionally it is undertaken to get relief of back pain.

The operation is performed under a general anaesthetic. You are placed on the operating table on your back. You will have a urinary catheter placed in the bladder. A small incision is made over the pelvis usually on the right hand side. Once the pelvic bone is exposed some small ‘apple cores’ of bone are harvested. This bone will be packed in the implant which is inserted into the spine and ultimately will be the spinal fusion. An incision is then made over the lower abdomen. The site of the incision will depend on the level that is being operated on. The tendon sheath which creates the ‘six pack’ appearance (the rectus sheath) is then cut. The muscle beneath this (the rectus abdominis) is lifted up to the side exposing the sac covering the intestines (peritoneum). The space between the body wall muscles and the peritoneum is then developed usually around the left hand side with the abdominal contents pushed across to the right. This then exposes the spine. A retractor is placed holding the abdominal contents out of the way. The main surgical difficulty in anterior lumbar surgery is handling the major artery and vein (aorta, common vena cava). These blood vessels normally split over the L5 vertebra. A fusion at L5/S1 is comparatively easy as the vessels just need to be pushed to the side and held under a retractor. Sometimes the vein, in particular, can be stuck to the front of the disc or bone spurs in front of the disc space (osteophytes) making it a little tricky to move them. To get to the L4/5 disc space the blood vessels need to be moved quite substantially to the right hand side of the spine. Once the disc space is exposed, the disc is cut with a scalpel and the disc removed. The disc is usually quite strongly attached to the edges of the bone and needs a special surgical curette and instruments to remove it. If required, distractors are placed into the space between the bones to open up the disc space. This allows access to the back margin of the disc and the ligament at the back of the spine. These can be cut to gain access to the canal containing the nerves. Fragments of disc material or bone growth can be removed from the edge of the vertebral body. Once the disc space has been thoroughly cleared a trial implant is inserted to gauge the correct size and height.

The definitive implant is then selected, filled with the bone harvested from your pelvis and then inserted into the disc space. It is then held in place with screws. An x-ray is then taken to confirm satisfactory placement of the instrument and alignment of the spine. The wound is then closed with stitches. You are then placed back on your bed and the anaesthetic reversed. When you wake, you will have a drip in your arm hooked up to a pump which you will control to give you your post operative pain relief. You will have a urinary catheter in your bladder. This will usually be removed on the first post operative day. In most cases you will receive an injection of an anti inflammatory drug which works well for the post operative pain and further tablets for pain relief. You will be mobilised with the help of a physiotherapist and nurses. The physiotherapist will show you some simple stretching exercises for you to do.

WHAT TO EXPECT WHEN YOU GO HOME
.
Approximately 50% of people will go home on the second post operative day and the remainder on the third. At home you will be encouraged to walk as much as you can and continue with the stretches the physiotherapist has shown you. At the two week mark when your wounds are healed, if you would like to go to a pool and swim this is good further exercise for rehabilitation. I usually arrange to see you at the six week mark with an x-ray. At home you are able to do what you need to do to look after yourself. Your recovery from anterior lumbar surgery is usually reasonably rapid with a relatively quick return to normal functioning. You are able to drive when you are comfortable sitting and are happy that you can safely control a car.

As with any surgical procedure there are potential complications. Fortunately these are relatively infrequent. Some of the more common ones are described below;

POTENTIAL INJURY TO A MAJOR VEIN

The main veins (vena cava, common iliac veins) are large thin walled blood vessels that can be damaged during this surgery. Bleeding from these veins is impressive but most cases are comparatively easily controlled simply with a finger or pressure. In most cases a vein injury can be simply repaired with some stitches. It is possible that more significant damage to the vein can occur in which case it may be needed to call a vascular surgeon for further help to repair the injury.

A retractor is placed in surgery to keep the vein out of the way. In doing this it partially blocks the flow in the vein. Theoretically it is possible to form a clot in the vein and when the retractor is removed this could pass through to the heart/lungs causing pulmonary embolism. This is potentially a life threatening condition. The actual incidence of this occurring in such surgery is very low, certainly lower than that seen in hip and knee replacement surgery.

The arteries are much thicker walled structures and more resilient to injury. It is unlikely that the artery will be torn. The wall of the artery however is made up of lots of rings (like an onion skin). It is possible that either layer can shear during retraction causing a flap. Bleeding can then occur between the layers causing a blockage to the artery which at its worst can mean loss of blood supply to the leg. Should this occur it is an emergency and further surgery will be required to repair the injury. Again the odds of this occurring are quite low.

Once we have cleaned the disc space out and placed the implant it is not possible to see the spinal canal. It is possible that a fragment of disc or bone could be pushed back into the space around a nerve. This could cause some persistent sciatica. Should this be persistent after six weeks it may be required to then do an operation from the back of the spine to clean out the space around the nerve.

It is possible that the implant could sink into the bone on either side if it is not strong enough. It is also possible that the fusion doesn’t take and over time this could lead to shifting or subsidence of the implant. Should this occur and be associated with symptoms, at times it may be required to go and put some screws in the back of the spine to provide further support.

There are some tiny nerves which run down over the front of the L5/S1 disc space which co-ordinate ejaculation. In rare cases these nerves are damaged (around 0.5-1%). These nerves do not control erection or orgasm but simply ejaculation. With orgasm, instead of semen coming out of the end of the penis, it goes up into the bladder. The majority of cases usually recover over a six month period.

There are a variety of medical complications which can occur with major surgical procedures. The likelihood that these will occur to some extent is determined by your health before surgery and past medical history. Fortunately with modern anaesthesia and perioperative care, medical risks involved in elective surgery are comparatively low. Common surgical complications such as deep venous thrombosis, pulmonary embolism, pneumonia, urinary tract infection and skin pressure areas are best avoided with early mobilisation.

If you have any further questions regarding your procedure, please don’t hesitate to ask.